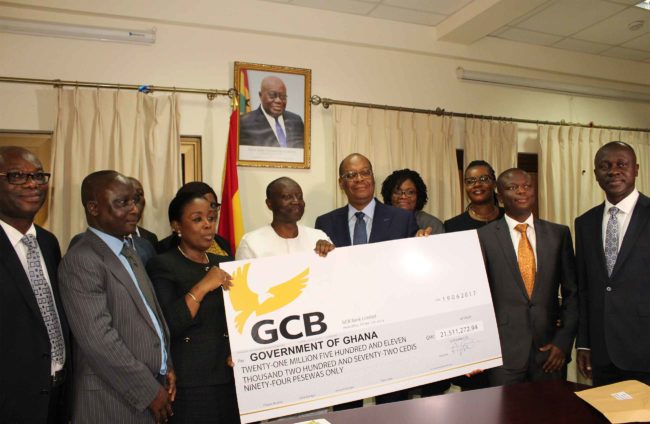 GCB Bank has paid a dividend of GHS16.9 million to the government for the 2018 Fiscal Year.

The cheque was presented to Mr Ken Ofori-Atta, Minister of Finance by the Managing Director of GCB Bank, Mr Anselm Ray Sowah at a short ceremony held at the Ministry of Finance on Wednesday 24th of July 2019.

Mr Ofori-Atta commended GCB Bank for the stellar performance and for living up to expectations.

He said GCB Bank plays a key role in national development and gave assurance that the government would continue to partner the Bank and leverage on GCB’s extensive branch network in the drive towards financial inclusion.

Mr. Sowah stated that GCB Bank will continue to deliver on its core mandate of delivering superior financial solutions and continue to offer support to businesses in all sectors of the economy to help drive economic growth.