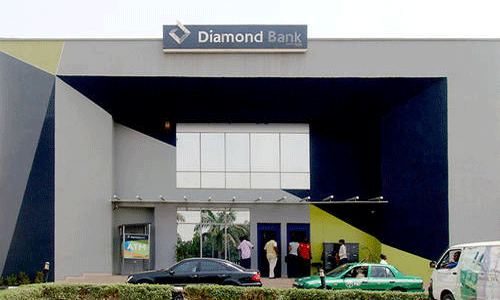 Kenya’s Safaricom, the telecommunication company that is driving the country’s financial inclusion through mobile money is bigger than most of the country’s banks.

Investigation by Businessday revealed that some Nigerian banks worry that Africa’s largest economy may take after Kenya if Telcos are given the same opportunity but Access and Diamond bank, due to be merged legally by the first half of this year says it is not the case for the potential largest bank in the country.

“Are we worried by the payment service banks that are coming up? No. Most important thing is that there is no compliance asymmetry. So as long as all of that is concerned, we are comfortable and we are here to compete,” Herbert Wigwe, the CEO of Access Bank told Businessday recently at the bank’s head office in Lagos.

A financial inclusion analyst who spoke to Businessday on the condition of anonymity said the country’s banks fear the large infrastructure of the Telcos. He said this is because there is no doubt that the Telcos will have a share of Nigeria’s financial market.

“Banks are afraid that the Telcos who are dominating the market share in their telecommunications industry will also begin to make more profit and generate more revenue in mobile money functions,” the analyst said.

Meanwhile, no less than 30 business names are currently undergoing registration as payment service banks with the functions to; maintain savings accounts and accept deposits from individuals and small businesses, which shall be covered by the deposit insurance scheme; carry out payments and remittance (including cross-boarder personal remittance) services through various channels within Nigeria; issue debit and pre-paid cards; and operate electronic purse.

Businessday analysis of Nigeria’s peers who are driving financial inclusion through the Telco led model shows that the telecommunication companies with the largest customer base and infrastructure generates the highest revenue while also having dominance of the industry.

Kenya’s mobile money market for example has five players among which are; M-pesa, Airtel Money, T- Kash, Equitel Money and Mobile Pay. Safaricom controls the lion’s share with 83.08 percent of the market, Equitel 16.36 per cent and Airtel 0.56 per cent.

Telkom Kenya has 1,581 base stations, some of which are leased, while Airtel has 1,548. Combined, however they are not close to Safaricom’s 4,000 base stations.

This is not different in Ghana, as according to the figures from the country’s National Communications Authority (NCA), between 2012 and 2017, MTN Ghana has been the consistent market leader by number of subscriptions.

“What happened in Kenya is different from Nigeria, Kenya had small banks and the financial service sector was not as well developed as you have in Nigeria and also Safaricom which is the main driver of financial inclusion is almost 70 percent owned by the government,” Wigwe said.

Businessday survey showed that the Telco led model in driving financial inclusion in African countries reported tremendous progress owing to the already existing large customer base of the Telcos.

Ghana’s decision to have a Telco led model resulted in a 73 percent increase in registered mobile money customers in just one year, according to World bank data, and has helped lift financial inclusion rates in Ghana to 58 percent in 2017 from 41 percent in 2014.

This was not different for Ivory Coast who has experienced a mobile money revolution. As a result, there are now more adults with mobile money accounts of 24.3 percent than with bank accounts of 15 percent.

In fact, Ivory Coast has the fifth highest rate of mobile money accounts in the world behind Kenya ( 58 percent), Somalia (37 percent), Uganda (35 percent), and Tanzania (32 percent), according to Brookings Institute, a highly regarded, nonprofit public policy organization based in Washington, DC.

“It is safe to say that Nigeria is playing catch-up when it comes to achieving inclusion and must look to learn from success stories like Ghana and Kenya if we are to achieve our goal of 80 percent inclusion by 2020,” said Gbenga Adebayo, Chairman of the Association of Licensed Telecom Operators of Nigeria (ALTON) centered on Financial Inclusion.

Also responding to the payment service banks through which Nigeria apex bank wants to use in including mostly Nigerian adults who are rural dwellers, Dozie Uzoma, the CEO of Diamond said “we are collaborating strongly with Telcos, and between the both of us we have probably done the most partnership with Telcos in driving financial inclusion.”

According to data compiled from the NCC website, percentage contributed to the Gross Domestic Product (GDP) of Nigeria by the telecommunications industry revealed an increase by 0.98 percentage points from 7.41 percent in Q3 2017 to 8.39 percent in Q3 2018.

The number of active subscribers for telephony services on each of the licensed service providers utilizing different technologies including GSM, CDMA, Fixed Wireless and landline, revealed MTN had 66.97 million subscribers, which is 40 percent of the total market share.

This was followed by Globalcom which exceeded Airtel’s subscribers marginally by 150000 users as the latter reported market share of 43.27 million or 26 percent and the former recorded 43.12 million or 25 percent of telephone users. 9 mobile has the least share of the market at 9 percent, representing 15.36 million active customers.

Yewande Adewusi a Lagos based financial inclusion consultant said there are different schools of thought on how mobile money should work in Nigeria due to our peculiar challenges but if we are looking at how to maintain monetary system stability or still maintain financial inclusion with the right oversight then the banks and Telcos should work together to drive it.

“We don’t know what models work in Nigeria a lot of factors make mobile money difficult to work in Nigeria, for example there are some rural areas that don’t have Telcos network so even if Telcos drive mobile money there will still be problem of availability,” Adewusi told Businessday.

Adewusi explained that Nigeria is a huge market and it is very obvious that what the country has been doing in the past is not working. “However, moving forward it should be a combination of Telcos working together with banks or we should allow the Telcos have their own licenses which will be regulated through Special Purpose Vehicle (SPV) by CBN.”

However some other analyst said financial inclusion can only grow if driven by Telco operators who have large numbers of subscribers on their networks.

According to figures by NCC, the country’s telecommunications industry has a reach of 86 percent of the country, with 162.3 million customers (the single largest customer base of any industry in Nigeria).

This makes the industry till date, one of the most thriving sectors in the country and analysts have disclosed that it has the capabilities, including technology, infrastructure, and distribution network and subscriber base.

Meanwhile, Nigeria’s Telcos industry players have a combined presence in 773 local government areas across the country further emphasizing their ability to reach especially hard to reach areas of the country.

The communication service providing companies in Nigeria also have about 1,000,000 unique agents already in place selling airtime across the country, and analysts say this can quickly be converted to establish mobile money agent networks which can help reach out to the unbanked Nigerians especially those in the rural areas.

According to London based Group Special Mobile Association (GSMA), “from a regulatory perspective, one basic requirement for mobile money to succeed is to create an open and level playing field that includes non-bank mobile money providers such as Mobile Network Operators (MNOS).”