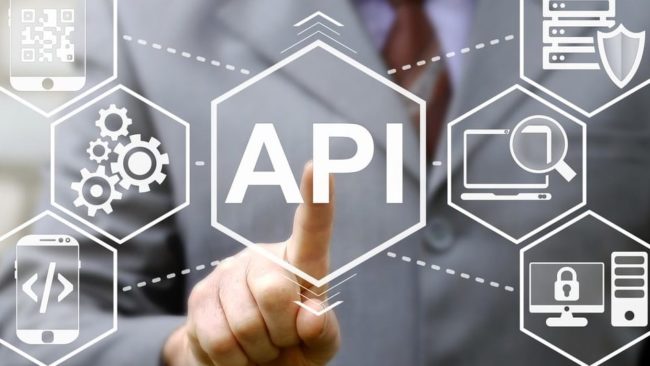 A major change is coming to South Africa’s banking and payments sector. Known as the Rapid Payment Programme (RPP), this evolutionary banking concept aims to create a simpler, safer instant payment ecosystem that would give people the ability to make real-time payments using simple identifiers, such as mobile numbers or email addresses.

Led by BankServAfrica in collaboration with the Payments Association of South Africa (PASA), RPP is the first of its kind in the country – unifying the entire banking sector under the common goal of broadening and modernising the industry to include those who had historically relied on cash as their primary payment method.

According to Thomas Pays, CEO and Co-Founder of Ozow – an Instant EFT payment solutions provider, the initiative is set to change the course of how people transact in the future. “Not only will this make it easier for people to be able to make payments, but it will also help solve one of the biggest challenges that our country faces – how to get the millions of underbanked South African’s transacting in the digital economy.”

Aligning with the South African Reserve Bank’s Vision 2025 and PASA’s Project Future aimed at modernising the payments industry, RPP has been endorsed by various government bodies, 11 major banks and the broader fintech industry.

With more than 100 million mobile connections in South Africa and a 91% smartphone penetration, RPP is also grounded in a mobile-first approach that aims to improve access and help to close the digital divides that have all too often kept many out of the formal economy.

It is anticipated that the successful launch of the initiative will take place as early as 2022.

“This is a massive step in the right direction and is something that we have actively been lobbying for over the last six years. Our mission is centred around an imperative to empower previously disadvantaged South Africans with the development of innovative payment solutions that meet their real-world needs,” explains Pays.

During a recently held industry session, BankServAfrica noted that even if only 10% of all transactions in the informal economy are acquired, this would result in R450 billion flowing into the formal banking sector.

What this will mean for consumers

While 80% of South Africans own a bank account, more than 70% of all retail payment volumes are still cash-based. In the informal economy, it is estimated that as much as 89% of all transactions are done using cash.

To reduce the reliance on cash, Pays says that the move to introduce this next-generation payment ecosystem will make it easier for consumers to be able to transact digitally.

“What sets RPP apart from previous banking initiatives that have hoped to achieve the same goal is that consumers will be able to select phone numbers, email addresses, and domain-based aliases (e.g., user@bank) as a way to identify themselves for the purposes of receiving payments,” he explains.

Pays says that fintechs like Ozow are perfectly primed to deliver on payment solutions to support this. “Doing so would mean that consumers would be able to access simple, mobile-friendly, real-time technology that is cost-effective and allows them to make online, point-of-sale or peer-to-peer (P2P) payments.”

According to BankServAfrica, the system is also set up to enable consumers to be able to make or receive payments instantly without having to wait for the funds to clear, regardless of which bank they are with. This would also include the ability to easily request a payment from someone through a feature called ‘Request to Pay’.

In the long-term, RPP will contribute to building a safe, reliable, and efficient National Payment System that would ultimately benefit all levels of society in the country.

South Africa’s RPP is based on several international initiatives that have helped to revolutionise the way people pay in countries like India, Brazil, US, UK, Thailand, China and Singapore.

South-East Asia, in particular, has seen tremendous success with similar large-scale payments modernisation initiatives that saw rapid adoption by consumers over a short period of time – resulting in significant economic and social benefits for the region.

“Launched in 2015, India’s Unified Payment Interface (UPI) revolutionised the country’s banking industry by providing a simple and easy payments solution that uses proxy identifiers, like mobile numbers. This was helped by Aadhaar, a unique nationally developed verified identifier that could be used by Indians to make payments,” Pays points out.

UPI redefined the way people made payments, resulting in more than a billion transactions being made through the system each month. Pays says that the system has helped India rapidly expand its entire banking ecosystem to previously untapped markets, which equated to a 50% increase in overall transactions in the country that were previously non-existent on the system.

In response to the Covid-19 pandemic, Brazil’s Central Bank saw the need to create and regulate a new instant payment system called PIX to improve access to online services. The system is based on the same principles as RPP and UPI, using simple payment identifiers all while ensuring interoperability – meaning transfers and payments will be allowed from one e-wallet to another in real-time, 24/7.

Pays explains that since its launch in November 2020, PIX has had the fastest adoption of a new payment service in the world. “In total, 83 million individual users and more than 5.5 million companies registered more than 242 million PIX keys. More than 45% of the country’s population now uses this as a payment method.”

Fintechs to play a vital role

Within the world of banking, fintech companies are at the forefront of developing these simple and accessible payments solutions to enable consumers to bank or transact online.

This is something that BankServAfrica has recognized, noting that fintech companies and other third-party providers will play a crucial role in developing easy and simple user interfaces for consumers to be able to use.

To allow fintech companies and other third-party providers to access banking details using the identifiers that consumers choose to use, BankServAfrica’s RPP system will provide all stakeholders with access to one single Application Programming Interface (API).

“We believe that the work that Ozow has done to enable bank-to-bank payments online and in-person through some of the most simplified payment solutions for enterprises, SMMEs and individuals is perfectly primed to deliver RPP to the market,” says Pays.

Using India as a benchmark, there is also tremendous value for fintechs to be part of the solution in South Africa.

In February 2021, fintech providers of India’s UPI recorded a total of 2.3 billion digital payment transactions worth over four trillion Indian rupees. This marked a year-on-year growth of over 70% in volume of transactions. As a result of UPI, India’s fintech sector grew by an estimated $31 billion in 2020. By 2023, this is expected to jump $140 billion and by 2025, the fintech industry valuation is estimated at $150-160 billion.

“Across the value chain, from the banks to fintechs like Ozow, we are geared to drive consumer awareness and build trust that would ultimately encourage migration to these new forms of digital payments. Unlike before, the unified approach that underpins RPP will act as a massive catalyst to ensure that this happens,” he adds.

“We look forward to collaborating with BankServAfrica, PASA, the banks and all other stakeholders within the industry to help create a truly democratised, equitable, and inclusive financial and banking sector that will meet the needs and better serve all South Africans,” says Pays.