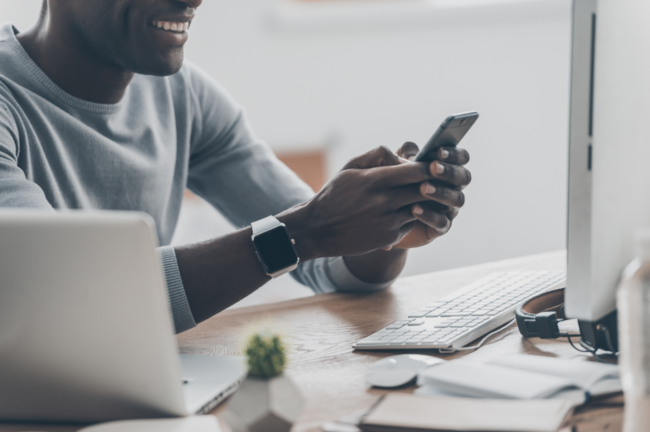 With over 40 million mobile users in Tanzania, there is a real opportunity to use technology to financially connect those not yet included. Tigo Tanzania, Mastercard and leading local fintech Selcom have partnered to introduce Masterpass QR on Tigo’s Mobile Financial Services platform, called Tigo Pesa.

Almost seven million registered wallet holders of the Tigo Pesa solution will be able to securely pay for goods and services before the end of the second quarter of 2018. By simply scanning a Quick Response (QR) code at merchants via their Tigo Pesa app using their smart phone, they will be able to pay more quickly than ever before. Feature phone users can use the USSD menu and simply type in a unique merchant code available under the merchant’s QR code.

“Tigo Pesa is not only a payments enabler,” said Simon Karikari, Managing Director at Tigo Tanzania. “It is a platform where customers can perform a full range of financial services, where Masterpass is a strong addition to the range of products and services our customers can enjoy in their daily lives.”

Tanzania has made great strides in financially including its citizens in the past decade: the percentage of Tanzanians formally part of the economy was positioned at only 15.8 percent in 2009, but that number has jumped to over 65 percent in the last year, driven largely by the introduction of easily accessible mobile solutions such as Tigo Pesa.

Raghav Prasad, Division President for Sub-Saharan Africa, Mastercard said, “Findings released in the 2017 FinScope Tanzania report further indicate that one of the main drivers of access to financial services in Tanzania has been the adoption of digital financial services. A trend we are seeing across the continent, and in emerging markets globally.”

He went on to add that with over 85 percent of retail transactions still being done in cash in Africa, accessible and secure payment solutions are key to bridging the gap. This is further reinforced by local research which reveals that 89 percent of consumers are still receiving income and making payments in cash. “We need to urgently action the shift from cash to smarter digital solutions, and Tigo Pesa enabling Masterpass QR payments is allowing this goal to become a reality.”

Tigo is a strong brand in the Tanzania market, with our mobile financial services platform, Tigo Pesa, as a powerful driver to achieve financial inclusion across Tanzania. With the addition of Mastercard’s Masterpass QR solution we are not only able to further strengthen our offering and ensure secure payments for all users, but also to bring much faster and more convenient payments to the fingertips of our customers. We have a vested stake in ensuring the country’s prosperity and that of its people, where partnership will be critical to achieving this goal and introducing more efficient ways for consumers to engage with the world around them,” concluded Simon Karikari, Managing Director at Tigo Tanzania.