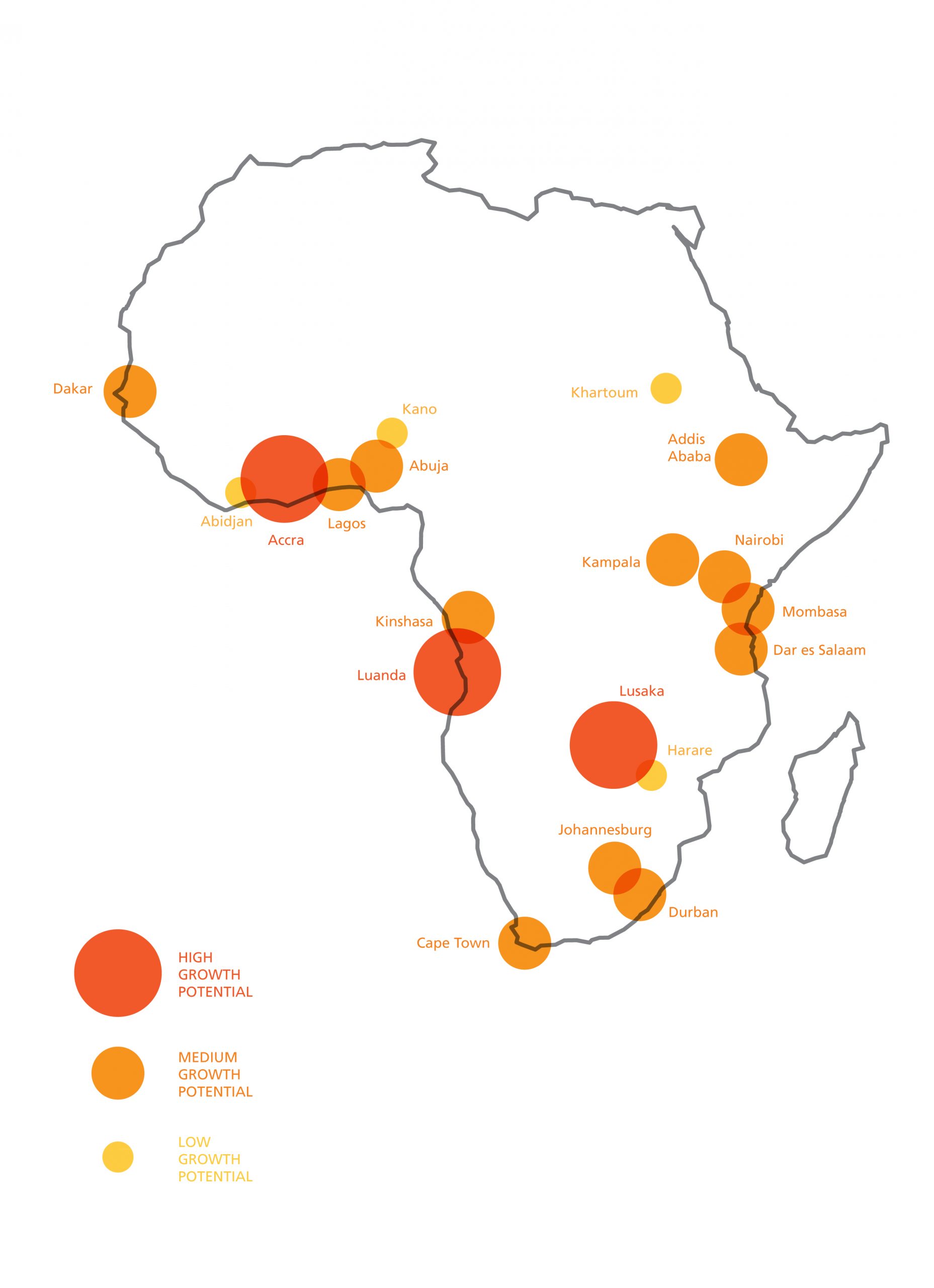 Accra, Lusaka and Luanda, the capital cities of Ghana, Zambia and Angola respectively, have been identified as the Sub-Saharan African cities that have the highest potential for growth over the next five years, according to the  MasterCard African Cities Growth Index. As the entire African continent with its population of over 1 billion people is going through a fundamental transformation, this new Index puts a spotlight on the economic and human factors driving urban growth over the next five years.

Explaining why MasterCard chose to develop this new Index specifically for Africa, Michael Miebach, president, MasterCard Middle East and Africa says, “Africa is a region where the lines between the developed and developing worlds are dissipating owing to various economic, demographic and technological factors. Most of these factors have been associated with the increased urbanization of the continent. Therefore, understanding the long-term growth potential of Africa’s cities, and the resultant increase in African urban consumers, has never been as important.”