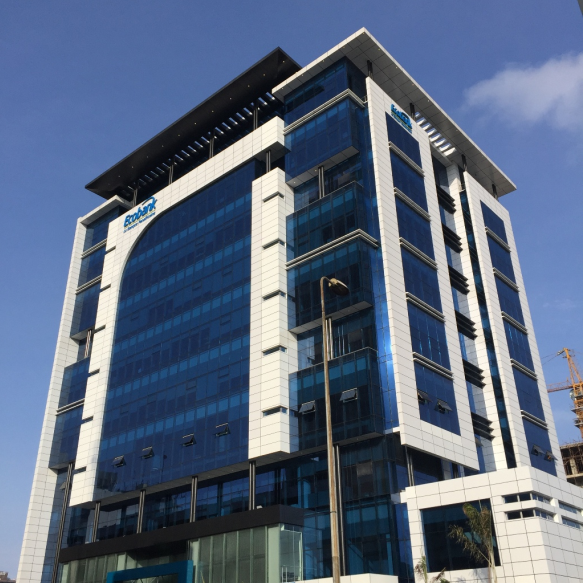 Ecobank Cote d’Ivoire Consolidates its Position in the Country

Albert Essien, Group CEO of Ecobank, said after the ceremony: “Ecobank Côte d’Ivoire is a pearl in our network and we are proud of our subsidiary. It provides us with an important platform through which we can continue to contribute to the economic development of Côte d’Ivoire as we offer our Ivorian customers access to banking services and financial resources.”

The Mayor of the host district of Plateau, Bendjo Akossi, emphasised that Ecobank Côte d’Ivoire’s new head office building was designed by African architects. The building’s main architect, Ibrahima Konare gave a presentation showing the various stages of construction and highlighted the avant-guard design of the building.

Pierre Magne, Chairman of the Ecobank Côte d’Ivoire Board of Directors, said the new head office was constructed at a cost of roughly 12 billion CFA francs (USD 20.2 million), which “showed the confidence of the Ecobank Group in the future of Côte d’Ivoire and its firm commitment to support the country in its journey to towards the 2020 development horizon.”

Evelyne Tall Daouda, Deputy Group CEO of Ecobank, said: “This head office building illustrates the firm commitment of the Ecobank Group to consolidate its position in Côte d’Ivoire, to contribute to the development of the Ivorian economy, to take part in the creation of wealth and tangible employment for young people, and to provide banking services for more and more Ivorians.” She also warmly congratulated the Managing Director of Côte d’Ivoire, Charles Daboiko and his team for bringing the building project to fruition.