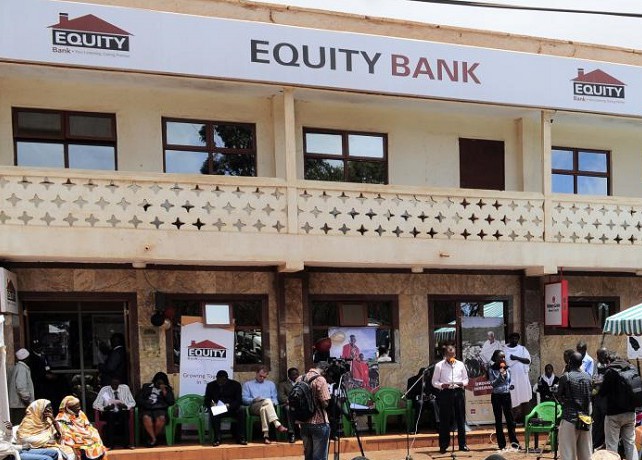 The Equity Group’s Chief Executive Officer, Dr James Mwangi said during an investor’s briefing session that the outstanding performance is contributed by the bank’s strategic initiatives and innovations toward enhancement of access, convenience and affordability of financial services.

He said the impressive growth is underpinned by continued investment in the innovative new channels of agency and mobile banking, success of diversification and regional expansion that saw the Group’s acquisition of Pro-Credit of DRC Congo completed and consolidated into the Group’s 3rd quarter results.

High quality loan book was maintained with NPL remaining at 4.4 per cent but with coverage increasing to 89 per cent as a result of enhanced NPL provisions which grew by 89 per cent from Kshs. 0.9 billion (18bn/-) to Kshs. 1.7 billion(34bn/-) proactively responding to the rising interest rate regime.

Dr Mwangi said the unique achievement was as a result of pursuit of a strategy of diversifying income that saw foreign exchange trading income grow by 64 per cent, merchant banking commission growing by 59 per cent, insurance, custodial and brokerage fees rose by 91 per cent.

Diaspora remittance processing commissions grew by 20 per cent. “We are confident of sustaining this trend and are optimistic of achieving a 50:50 percent contribution between interest income and other income as the growth of the latter is underpinned and driven by the success of the SME strategy that now constitute 70.6 per cent of the loan book”, said Dr Mwangi.