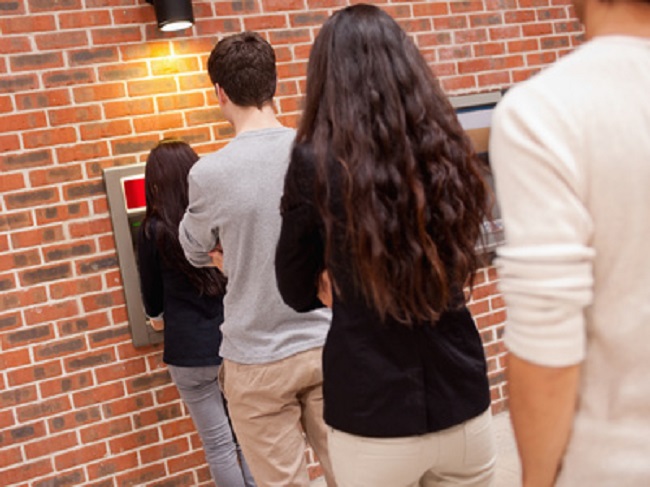 FinMark Trust has released its annual FinScope South Africa 2013 survey results. This year’s study reveals a significant increase in financial inclusion compared to last year from 28.9 million people in 2012, to 30.7 million in 2013.

This growth in financial inclusion is mainly due to an increase in borrowing, banking and insurance. The study indicates that 30.7 million people in South Africa (16 years and older) have/use financial products and services (both formal and informal) to manage their financial lives.

There has been a significant increase in the number of people who have formal credit or loans from 13.1 million in 2012 to 14.2 million in 2013.

According to FinScope South Africa 2013, about 14.2 million adults in South Africa were credit active in 2013 – more than a third of them (about five million) show one or more signs of over-indebtedness, with some of the symptoms below:

The results indicate that the over-indebted are more likely to be women (LSM 6-8) over the age of 30 years and with a personal monthly income between R2 000 and R16 999.

Banking – on the increase with two major drivers

In 2013, an additional 3.5 million people were ‘banked’ (they have products or services provided by a commercial bank regulated by the SA Reserve Bank) which reflects an increase from 67% in 2012 to 75% in 2013. This increase is driven by two factors: the roll-out of the SASSA (South African Social Security Agency) system and organic banking growth. The roll-out of the SASSA card contributed 1.9 million people to the banked population in 2013. In total, about 10 million people receive social grants in South Africa (2013). The majority (93%) are now registered on the new SASSA system and as such have a bank account into which the social grant money is paid, and a MasterCard which can be used for payments. Government grant holders are mainly women (81%) with a personal monthly income of less than R 3 000 (82%).

In terms of organic banking growth, in 2013 there are an additional 1.5 million people banked – these comprise a combination of previously banked and new entrants into the banking system, many of whom have a personal monthly income between R3 000 to R7 999.

This year’s results indicate an increase in the number of people taking up some form of insurance product, from 6.2 million people in 2012 to 7.8 million in 2013. Life and asset insurance contributed to the significant increase, with 1.4 million and one million new entrants respectively.

There are 2.6 million new entrants who took up funeral insurance in 2013. The survey revealed that of the people who have funeral cover, the majority have at least two funeral cover products. Whilst the proportion of people who are members of a burial society has declined since 2012 (10 million to 9.1 million in 2013), there has been a strong uptake of funeral policies from banks and insurance companies (25% to 31%). The trend seems to be towards having more than one type of funeral cover and a significantly higher proportion of people (22% compared to 15%) who are burial society members also have a funeral policy with a bank or insurance company.

However, there have been some interesting positive shifts suggesting that people who do have formal savings are taking up additional products. The primary shifts have occurred in provident funds (3.7 million to 4.4 million), pension funds (4.3 million to 4.8 million) and education policies (879 000 to 1.6 million). Overall, savings with the banks jumped from 3.9 million to 4.7 million in 2013.

Across the formal spectrum of long-term, medium-term and short-term[1] savings, most people are saving for emergencies with lower proportions saving for education, death and funerals. For those with informal savings, the primary reasons for saving are food and funeral costs.

Mobile banking – the future of banking

There is no question that mobile banking is an opportunity but it depends on who and how the opportunity is exploited to enable more people to achieve financial inclusion.

The excluded – how do we reach them?

There are currently 5.7 million people who would be regarded as ‘excluded’. The majority (2.6 million) live in remote tribal areas with 1.9 million located in formal urban areas. The vast majority of the excluded (84%) earn less than R3 000 per month whilst 33% have no income.

The challenges that face the inclusion of this group of people are numerous but the two most dominant reasons for exclusion are related to income, or lack thereof, and access due to their remote location and hence the inaccessibility of brick and mortar facilities.

The survey indicates that there has been an improvement in living conditions whereby the rate of unemployment (those who are unemployed and looking for a job) dropped from 8.6 million in 2012 to 7.4 million people in 2013.

There has also been an improvement in levels of personal monthly income especially in the lower income segments. The number of people without any personal income decreased from 4.3 million (2012) to 4.1 million people (2013). At the same time, the number of people earning more than R3 000 a month increased from 6.2 million (2012) to 7.3 million people (2013).

As lives of South Africans improve, more people are taking up formal services to manage their finances. Nevertheless, significant differences between urban and rural areas remain, and many people continue to struggle making ends-meet.

There has been a significant decrease in the number of people without access to electricity from 3.3 million (2012) to 1.8 million (2013). Access to other basic services such as water and sanitation also improved. In addition, there have been improvements regarding the average time taken to reach many financial service points, such as ATMS, Post Office branches, bank branches, social grant ID points, and insurance branches.