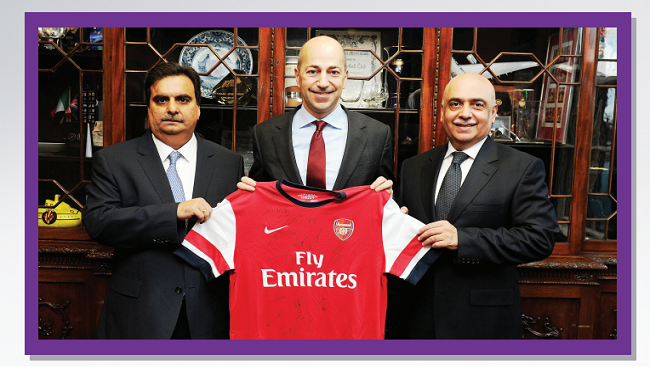 Arsenal Football Club has announced a partnership with Imperial Bank to issue co-branded debit cards throughout Kenya and Uganda.

The three year partnership is the first major international financial agreement of its kind for Arsenal, and continues to build on the strong support for the Club in Africa. The card will offer a range of Club-related benefits and incentives to Imperial Bank’s customers and Arsenal fans in Kenya and Uganda such as official Arsenal merchandise and tickets to see the team in action at Emirates Stadium.

The partnership will also enable the Club to get closer to its millions of fans on the continent, with Arsenal Soccer Schools coaches visiting Kenya and Uganda as part of the agreement in order to run coaching clinics on behalf of Imperial Bank. The sessions will run in addition to Imperial Bank’s ongoing activity with local organisations to promote grassroots football, with the aim for a junior team formed from the existing programme to participate in the coaching clinics.

Vinai Venkatesham, Head of Global Partnerships at Arsenal Football Club said of the partnership: “We are delighted to be partnering with Imperial Bank to provide Arsenal branded debit cards to our millions of fans across Kenya and Uganda.  Imperial Bank is a well known and trusted institution that puts its customers, communities and social responsibility at the heart of everything it does.  With a number of similarities between our two organisations, we look forward to a long and successful partnership with Imperial Bank.”

Mr. Abdulmalek Janmohamed, Imperial Bank’s Managing Director said of the announcement: “We are excited about this partnership.  Imperial Bank and Arsenal share common values when it comes to integrity, financial sustainability and independence. We are also known for having the community at the heart of our business.This partnership will see the bank reach out to new market segments while at the same time supporting our commitment to creating meaningful customer experiences.”