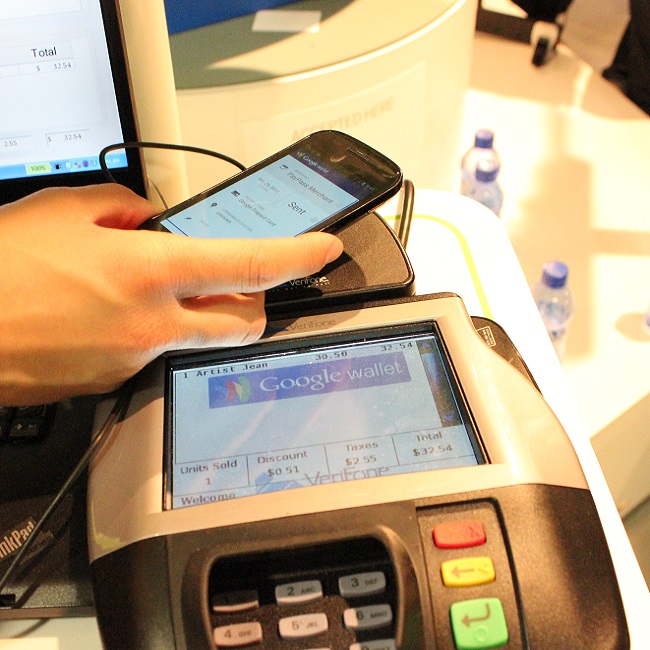 According to a new research report from Berg Insight, in-store mobile wallet payments in the EU is forecasted to grow from less than € 0.1 billion in 2012 at a compound annual growth rate of 275 percent to reach € 45 billion in 2017. This will correspond to 1.6 percent of the credit card and debit card payments at the end of the forecast period.

Many new projects are now being initiated and by the end of 2013 there will be mobile wallet services commercially live in nearly half of the EU countries. The companies behind these wallet services include many of Europe’s largest mobile operators, banks and retailers such as T-Mobile, Orange, Telefónica, BNP Paribas, Barclays and Auchan.

In North America, mobile wallet users completed in-store payments for a total of US$ 0.5 billion (€ 0.4 billion) during 2012. However, the vast majority of these payments were made using Starbucks’ phenomenally successful smartphone app, whereas mobile wallets that can be used at multiple merchants have yet to gain traction. In the longer term, universal mobile wallets such as those provided by Isis, Google and MCX will drive the majority of the mobile in-store purchase volume, which is expected to reach US$ 44 billion (€ 33 billion) by 2017.

The required infrastructure for mobile wallet services is being rolled out and key partnerships are being formed between mobile network operators, financial institutions, retailers and other companies. However, before mobile wallets can attract the mass market, a broad range of services beyond payments need to be made available to consumers. “People do not have a problem with cash or payment cards today. Value-added services that enable new shopping experiences before, during and after payments will be what truly distinguish mobile wallets from the traditional payment instruments”, said Lars Kurkinen, telecom analyst, Berg Insight. He adds that the next few years will be a very important time during which mobile wallet operators have an opportunity to improve their services. “Gaining an early lead in the market can be crucial, as in the long term only a limited number of mobile wallet services will survive in each market due to network effects”, concludes Mr. Kurkinen.