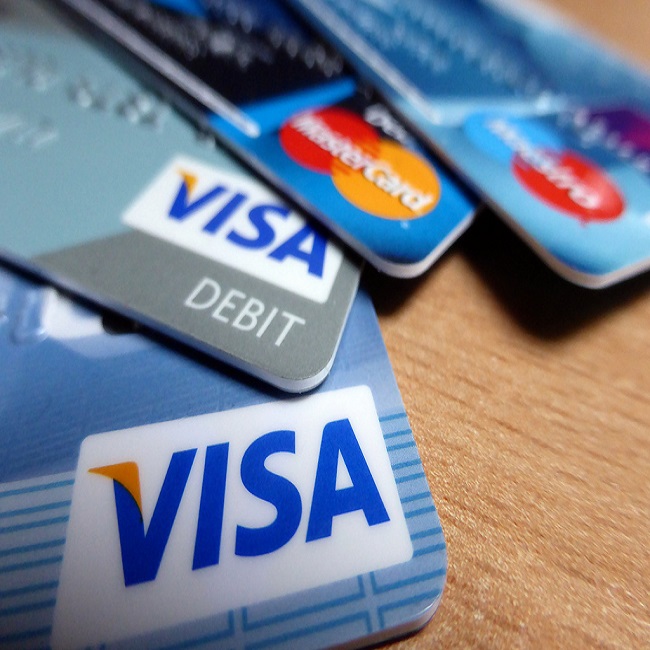 Global Risk Technologies, analyses recent moves from the payment giants to protect their market share against up-and-coming competitors. By the end of 2014, there were 1.5 billion payment cards in circulation in Europe which accounted for a combined value of €2.9 trillion. Visa is arguably the larger of the two schemes despite both payment giants having a similar number of cards, and gained a percentage point of value share last year, taking a bit out of the MasterCard share. Alternative international schemes including American Express, Discover, JCB and UnionPay, account for less than two per cent of the regional card base, while a declining proportion of cards are either domestic bank card schemes or private labels. New EU interchange fee caps of 0.2 per cent for debit cards and 0.3% for pay-later cards are making it more difficult for card schemes to compete as strongly as they did previously. With the addition of a number of new competitors in the payment market such as PayPal and Apple Pay, MasterCard and Visa need to ensure they do more to keep their market share high. MasterCard recently announced an industry first, with a promise to increase and expand the minimum standard for consumer protection against unauthorised transactions across the globe, with one single rate. Developed in line with issuers and regulators, its single, global Zero Liability promise increases the minimum standard for consumer protection against unauthorised transactions, subject to any local laws that may be applicable. MasterCard is following the breadcrumb trail from successful issuers in the US who initially spear-headed this idea of “zero liability” to increase loyalty and usage. The upside of this scheme is clear: less liability for the cardholder will ultimately equate to higher market share for MasterCard. However, there is an underlying issue that may prove this theory to more risk than reward – the unintentional aftermath of friendly fraud. In the US, this type of cardholder campaigning has continued despite the threat it poses to the industry, largely because the victims are merchants who live in fear of getting too many chargebacks and hesitate to confront these issues head on with their consumers or banks. MasterCard is playing smart by marketing this angle in Europe, where it is gaining popularity despite additional competition. Providing it puts equal emphasis on educating merchants about ways to defend themselves, the idea of “zero liability” doesn’t have to end badly. MasterCard is not alone in its attempts to keep its market share high, as Visa has revealed over 6 million registrants to its Visa Checkout service, with sign-ups increasing by more than 92% since the beginning of 2015 as it aims to stay at the forefront of ecommerce. Offering shoppers a simpler way to checkout online using just three easy clicks, the online payment service has partnered with fast-food giant Taco Bell, multinational consumer electronics giant Best Buy and leading retail bookseller Barnes & Noble, as well as Australian cinema chain Hoyts, and sports ticketing company Ticketek. The momentum of the response from merchants and consumers speaks volumes about Visa’s mission to make payments easier. However, the platform for fraud grows hand-in-hand with the increasingly easier online payments methods available. Despite Visa Checkout’s high level security measures, the increasing sophistication of online criminals means that fraud managers need to work harder than ever before to keep consumers safe. Fraudulent transactions are varied, which makes it more difficult to spot them among legitimate activity. Chargeback levels are at risk of increasing, thanks to these more convenient payment platforms, and while they can certainly prove useful for consumers who have been defrauded, fraudulent chargebacks can still hit merchants in the form of friendly fraud. Merchants should not be discouraged from implementing easier and quicker payment schemes, especially those that help to mitigate the chargeback risk. Ultimately, it is merchants who support specialised fraud prevention strategies and chargeback analysis tools that will save time and money in the long run.]]>