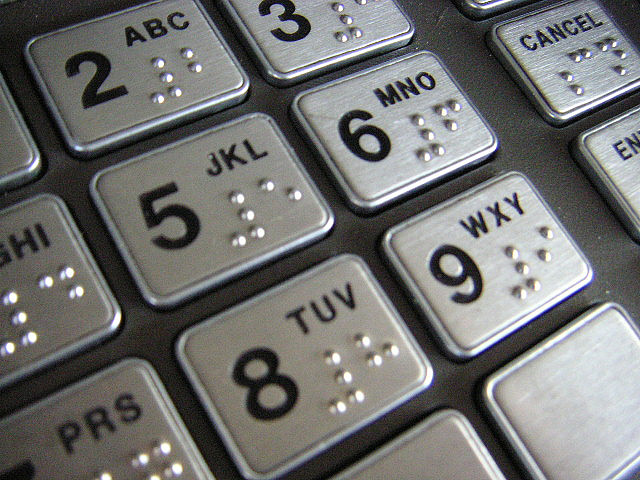 National Bank of Kenya (NBK-NSE) has officially opened its ATM network for nationwide sharing aiming to attract millions of cardholders from other banks, in a new partnership with Kenya’s largest interbank ATM aggregator- PesaPoint.

Following launch of this service, ATMs belonging to National Bank effectively become part of PesaPoint meaning cardholders from all other PesaPoint partner institutions can now use any National Bank ATMs across the country. The partnership has drastically reduced ATM transaction fees for other banks. PesaPoint and its 32 PesaPoint Partner banks encourage cardholders in Kenya to use any ATM branded with the PesaPoint logo to enjoy a wide array of benefits.

Speaking during the event, National Bank’s Managing Director Munir Ahmed said launch of PesaPoint services at National Bank ATMs was a strategic step for the bank as it will provide all card holders and banks customers with easy and convenient access various ATM services thereby, boosting the bank’s (non-interest) revenue.

“The Bank has expanded its network across the country- growing both the brick and mortar footprint and digital channels. Our branches grew in 2014 by 15 to total 75, ATM network by 26 to 123 ATMs nationwide. And our customers continue to enjoy access to over 1000 other ATMs belonging to PesaPoint and its partners around the country,” said Mr. Munir. He added: “As we continue with our transformation agenda, we are strategically leveraging on innovation and technology to expand the scope and reach of the distribution network. We are therefore also providing Kenyans with faster and convenient transactions 24/7 from our new Mobile Banking (NatMobile) and Internet Banking (NatConnect) platforms. Our focus remains to deliver innovative channels through which we can efficiently provide services to all customers.”

Bernard Matthewman, CEO of Paynet – which the PesaPoint network belongs- thanked National Bank for the continued and long standing partnership. National Bank customers have since 2006 been able to access services at PesaPoint branded ATMs around the country.

“As an e-banking innovations leader, PesaPoint shares the same vision with National Bank that if more banks embraced ATM (infrastructure) sharing and interconnection, customers of financial institutions in Kenya would enjoy affordable access to services at any bank’s ATMs. With infrastructure sharing partnerships, the bank’s ATMs serve more customers (from other financial institutions) and thus report more return on infrastructure investment, while customers of all banks enjoy lower ATM fees, time saving and the convenience of using any ATM near them.”

Mr Matthewman added: “The PesaPoint network has been working with partners such as National Bank to bring down inter-bank ATM transaction fees for Kenyans. ATMs marked with the PesaPoint logo are improving convenience for cardholders by encouraging the use of any ATM, regardless the bank it belongs to.”

National Bank has been on a transformation trajectory since rebranding.