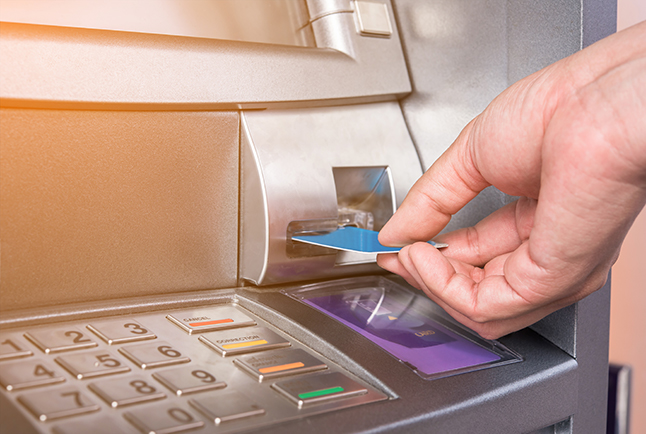 “Japan led the way with the first cash-recirculating ATM in 1982, and deposit-taking ATMs and recirculating ATMs are now quite popular,” commented Mike Lee, CEO of ATMIA and Chairperson of the Consortium for Next Gen ATMs. “However, with the number of bank branches continuing to decline in many countries, our industry needs to go up a gear to increase this functionality on a more standardised basis.”

The paper, which will be posted in the public domain and sent to regulators, promotes the position that Universal Cash Deposit for ATMs will assist communities and businesses in dealing with the decline in bank branches, while making cash itself more competitive in order to protect on-going access to cash for all demographic groups.

“As pointed out by Cash Essentials, deposit is a key element of access to cash, both for consumers but, more especially, for retailers and merchants, who need to deposit their cash into a bank account frequently and at a reasonable cost,” Lee added. “Otherwise, they might become reluctant to accept it on their premises as a form of payment.”

The paper points out that the number of bank branches in many countries has been in decline for well over a decade and this trend of bank branch closures has opened up the threat of “cash deserts”, where there’s no ready access to cash for some communities and businesses. At the same time, digital forms of payment provide alternatives to cash.

The new industry position paper defines Universal Cash Deposit as any interoperable system within an ATM network, or across multiple networks, for accepting cash deposits at enabled ATMs on an “interbank” basis, whereby a customer from one bank may deposit cash at ATMs owned and operated by other banks or by IADs.

In the market for off-premise ATMs, such as at Convenience Store (C Store) locations, it’s thought that universal cash deposits could drive more demand to these locations, strengthening the relationship between IADs and retailers like C Stores.

Currently, the volume of reported attacks on deposit and cash recycling machines, whether physical attacks or fraud, remains generally low.

“The demise of the bank branch in many communities leaves a gap in the provision of financial services that only ATMs can fill,” Lee said. “Bank branches have traditionally played the role of accepting deposits of coins and notes, while enabling retailers and businesses to gain access to coins for till floats. Without a sufficient supply of coins, customers can’t be given change.”

Lee also pointed out that the blueprint for Next Gen ATMs specifies the standard interfaces for the cash-in and cash-out functionality, for both notes and coins.