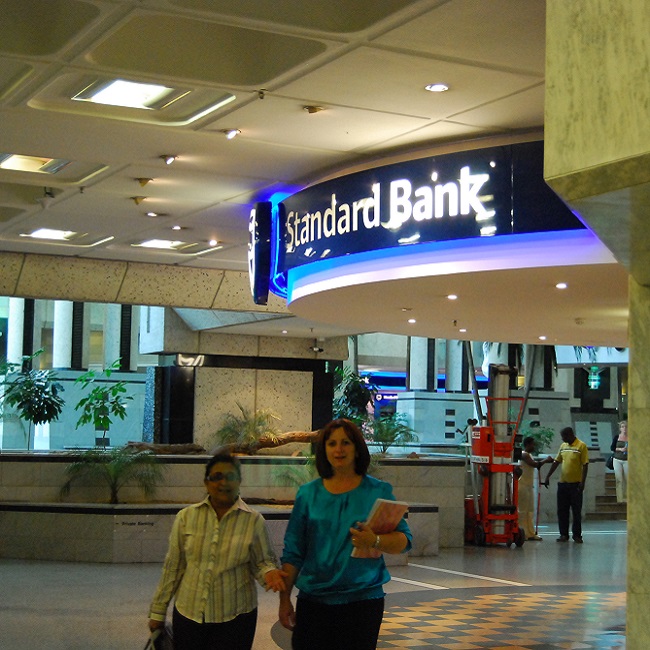 As communicated to shareholders in June and July 2014, the group has commenced investigations and legal proceedings against several parties with respect to the group’s rights to physical aluminium held in bonded warehouses in China. There is emerging evidence that the financing arrangements were impacted by fraudulent activities in respect of the physical aluminium. The impact of this on the group’s income statement has been estimated at R854m and is reflected as a single line item on the income statement within discontinued operations.

Mr Sim Tshabalala, Standard Bank Group Chief Executive, says: “Total income from continuing operations grew by a pleasing 12%, due mainly to strong growth in the group’s rest of Africa subsidiaries and this income growth slightly outpaced expense growth in the period. Credit impairments declined by 1% due to lower corporate credit losses. Net income before taxation grew by a pleasing 20% and profit from our continuing operations, based mainly on the African continent, was 15% higher after accounting for the higher group tax rate. We have good momentum in our operations and we are able to compete effectively by taking full advantage of the group’s brand as well as its capital and liquidity strengths.”

In South Africa, GDP growth in the first quarter of 2014 slowed to 1.6% and was affected by lost output in the mining sector due to prolonged industrial action. The South African Reserve Bank (SARB) hiked the repo rate unexpectedly in January this year by 50bps and followed up with another 25bps increase at its July meeting as inflation moved outside the target band for three consecutive months. The ratio of household debt to disposable income trended sideways during the period and there was a slowing in private consumption expenditure to 1.8% in the first quarter of 2014.

Strong growth in sub-Saharan Africa continued into 2014 supported by foreign direct investment (FDI) flows in the resource sectors, public investment in infrastructure, and improved agricultural production. Growth of approximately 5% is expected by the International Monetary Fund (IMF) for 2014, similar to the growth rate attained for 2013, accompanied by a positive inflation outlook.

PBB recorded headline earnings of R4 193 million, 13% higher than in the prior period. This was assisted by good growth of 14% and 13% respectively in NII and NIR, and slightly lower growth in credit impairments of 10%. PBB’s cost-to-income ratio declined marginally to 59.7%, while ROE declined to 16.0% from 16.9% in the prior period due to higher capital allocated. PBB South Africa headline earnings grew by 6%, impacted by the difficult economic conditions affecting personal customers. PBB rest of Africa recorded headline earnings of R53 million from a loss of R201 million in 1H13 supported by broad-based improvement across most of its African operations.

Global growth in 2014 is expected to be influenced by developed market countries, while emerging markets are expected to struggle to match the growth rates achieved in 2013. Ben Kruger, Standard Bank Group CEO says: “Sluggishness in the South African economy is expected to persist for the remainder of 2014 and is likely to hamper domestic revenue growth and may affect the confidence of our customer base. However, the group’s positioning in South Africa is strong and our selected exposure to expanding economies in sub-Saharan Africa provides a robust platform on which to maintain the operational and financial momentum in our continuing operations. We remain firmly committed to delivering improved returns on equity to shareholders over the medium term while investing in our people and systems to meet the demands of a rapidly evolving environment.”