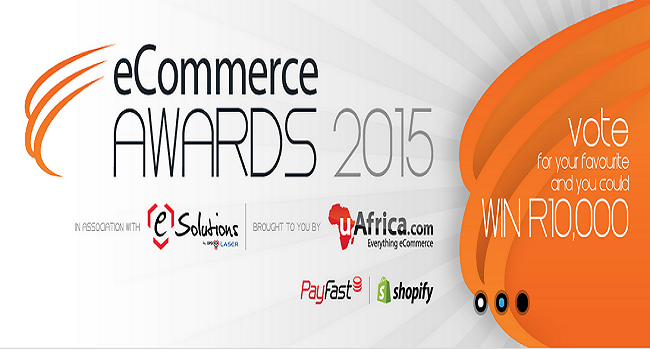 Designed to recognise and reward those South African websites demonstrating excellence in their use of the Internet as a platform for eCommerce, the Awards have shown a steady annual growth as more and more competitors battle it out to see who will be crowned top dog.

Originally an exclusively online event, the South African eCommerce Awards were introduced as a much anticipated part of uAfrica.com’s South African eCommerce Conference in 2013. “With it being the 10th year, we want to focus purely on the Awards by hosting an event dedicated to celebrating this achievement,” stated Andy Higgins, uAfrica.com MD, “so we will be hosting a gala event evening on Wednesday, 16 September in Johannesburg where we will announce the winners and runners up in the various categories.”

A number of Award categories were added to the 2015 South African eCommerce Awards, resulting in a total of 10 categories for which Awards will be presented. These are:

Public voting is now open, and in keeping with the 10th anniversary theme, this year’s voting is incentivised with a R10,000 cash prize. As in previous years, the website receiving the most votes from the public will be awarded the title of South Africa’s Favourite eCommerce Website. The winners and runners up for the remaining 9 categories will be determined by a stringent evaluation process conducted by uAfrica.com.

For more information about the eCommerce Awards click here