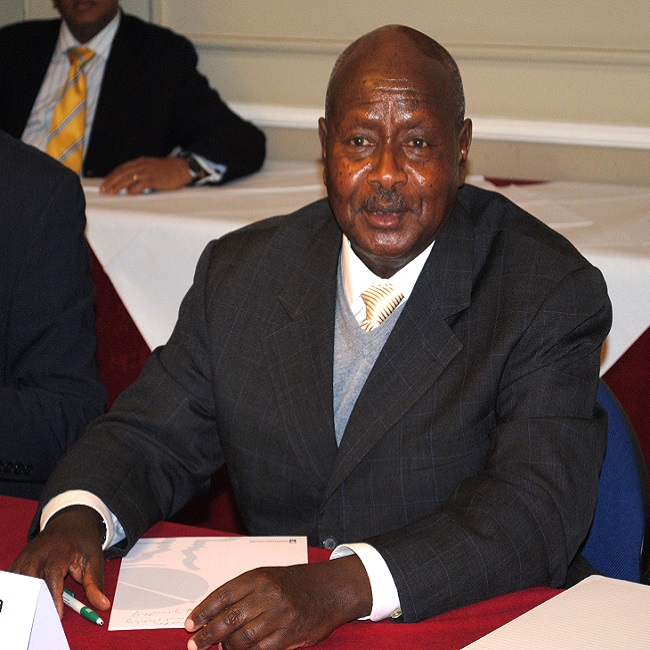 President Yoweri Museveni of Uganda has disclosed that government is considering introduction of Islamic banking system in Uganda. The President who was speaking at a dinner he hosted to the Muslim community to mark the end of the Islamic holy month. The dinner was held at State House Entebbe.

The President was responding to remarks made by the Mufti of Uganda Sheikh Ramadhan Mubajje. The Mufti told the President that many muslim youth were not benefiting from government projects because of the high interest rates charged by the commercial banks.

Mufti Mubajje explained that if the country allowed Islamic banking these Muslim youth would access interest free loans from the Islamic banks which do not charge interests on their loans. The President added that cabinet was discussing the matter and that government will take a final decision very soon.