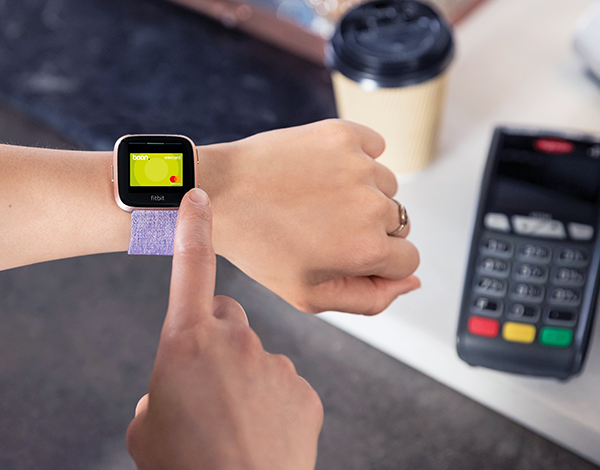 Wirecard, the leading specialist for digital financial technology, has partnered with Fitbit, the leading global wearables brand, to offer contactless payments using Fitbit Pay. In the coming weeks, all Fitbit Pay customers in Europe will benefit from boon by Wirecard – an easy and secure fully digital payment method to make mobile payments at the point of sale – so they can leave their physical wallets at home and be mobile phone free. From now on, users from Italy, Ireland, Spain, Switzerland and the UK will be able to add their digital boon cards to Fitbit Pay and make secure purchases with their Fitbit Ionic or Fitbit Versa smartwatch devices anywhere Mastercard Contactless is accepted.

Georg von Waldenfels, Executive Vice President Consumer Solutions at Wirecard, comments: “We are proud to announce our partnership with Fitbit, offering our customers increased flexibility and freedom of choice when selecting their favorite devices to use their digital boon cards. boon customers can now even lock away their phones and worry less about their belongings during sporting activities without compromising their daily activities.”

Fitbit Pay can easily be set-up on Fitbit Ionic and Fitbit Versa by following the simple steps in the Fitbit mobile app to add a credit or debit card to the user’s Fitbit Wallet*. To pay, they simply press and hold the left button until the debit or credit card is seen on the smartwatch screen, and hold the watch against the payment terminal until a payment confirmation appears on the device screen.

Fitbit Pay includes many security features. Using an industry-standard tokenization platform, a user’s card information is never revealed or shared with merchants or Fitbit. Plus, a personal 4-digit PIN code is chosen by the user during device set-up for an added layer of protection.