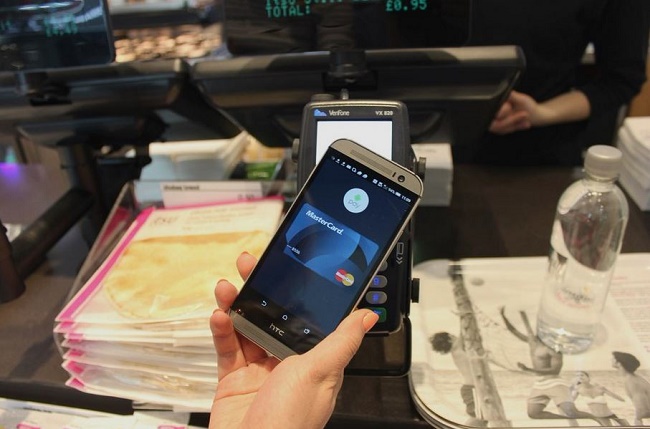 Android Pay is Live in the UK with MasterCard

downloads the app and sets up an account, they’re ready to shop simply, safely and securely with Android Pay. Users can add their MasterCard credit and debit cards into the payment app, with customers of Bank of Scotland, Halifax, HSBC, Lloyds, MBNA and M&S Bank able to load their cards starting today. Once your card is added, you can use your phone to pay in the same way you would with a contactless card. Mark Barnett, President, MasterCard UK & Ireland said, “We are thrilled to be Google’s partner in delivering a safe and secure payment experience for cardholders with Android Pay. As more and more devices become connected and enabled for payments or shopping, we’re committed to bringing consumers the choice and convenience of paying how, when and where they want.” In setting up a device for Android Pay, MasterCard generates a digital “token” that is associated with that device and stored on a secure server. There is a separate token assigned to each of the consumer’s devices, which means that not only is the token number different from the ‘real’ card number but it is also prevented from transacting via any other device. When the consumer uses their mobile device in a transaction, it is the token and not the real card number that is provided to the shop. For consumers and retailers alike, every purchase made with a MasterCard using Android Pay offers all the benefits and guarantees of a transaction with the physical MasterCard. “We’re excited to bring the simplicity and security of mobile payments to MasterCard customers with Android Pay. Starting today, people will be able to use their Android device to pay at almost 460,000 contactless payment terminals in the UK.” Pali Bhat, Senior Director, Product Management, Google MasterCard also recently announced that Google will participate in its Digital Enablement Express programme, providing Google a streamlined onboarding process to engage with all participating MasterCard issuers around the globe, accelerating consumer access to Android Pay, as it becomes available in different markets. Developers can quickly enable Android Pay for in-app payments through the MasterCard Payment Gateway, making it easier for retailers of all sizes to accept in-app payments securely from Android users. Android Pay is accepted at more than 400,000 contactless terminals throughout the country, as well as the 5 million contactless terminals in 77 countries around the world. To find a listing of contactless-enabled UK retail locations, download the MasterCard Nearby app or go to: www.mastercard.com/contactless.]]>