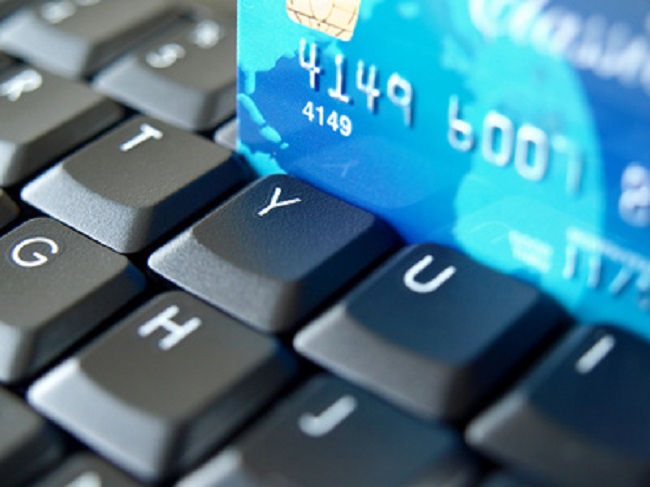 Hamburg-based secondary research organization yStats.com has released a new report: “Global Online Payment Methods: First Half 2014“, which reveals that credit cards continue to have the largest share of global B2C E-Commerce payments and are likely to maintain that lead in the near future. However, the fastest growing alternative methods, digital wallets and mobile payments are increasing their share rapidly, with an annual growth rate of over 40% outpacing other payment methods. Put together, alternative payment methods are forecasted to increase their share of online payments to over 50% by 2017.

Security remains a major issue on the global online payments market. Surveys show that more than a third of Internet users globally who do not shop online cite distrust to online payments as their reason for not making purchases, though this consumer concern varies greatly by country and region.

Moreover, an important trend is integration of payments across various channels. Banks, payment processers, card companies and multi-channel merchants globally are working toward integration of online payments with mobile and POS payment, while mobile wallets start to offer services beyond mobile payments, and merchants increasingly opt for a single payment provider across channels.

Mobile payments, both online and in-store, are predicted to continue strong growth worldwide, with customer adoption improving. About a quarter of the global consumers used their mobile phones for financial or banking transaction last year, and the number of payments with mobile handsets is forecasted to grow rapidly in the next few years to reach several billions by 2018. The region leading worldwide by share of mobile on total B2C E-Commerce payments is the Middle East & Africa.

Competition on the global online and mobile payments market is fierce, with major players developing and employing innovations in recent months. Amazon launched promotion of its Login and Pay processing service for online merchants, while Google launched a prepaid card connected to Google Wallet and plans to expand its payment services further. Visa and MasterCard added a cloud-based solution to its NFC payment offers, using the Host Card Emulation technology. PayPal, which generated almost EUR 5 billion in revenues in 2013, launched a new branding campaign with focus on mobile. Moreover, expansion into online and mobile payments is anticipated from large players Apple and Facebook.

In the USA, alternative payment methods are expanding to rival debit and credit cards in both online and offline retail. A digital currency trend also continues to evolve. The online retail payment market in the USA grew by a small double-digit share in 2013, reaching several hundreds of EUR billion. M-Commerce payments amounted to a medium-high double-digit figure in EUR billion, split almost evenly between tablets and mobile phones. In Canada, online payment by card continued to be the leading method.

In Latin America, the number of internet users and potential shoppers that do not have credit cards has led to substantial presence of alternative payment methods. Only in Brazil does the percentage of the adult population with a relationship with a bank surpass 80%. The online and mobile payment markets in Brazil grow, spurred by regulation, widening penetration and deployment of new technologies. Boleto Bancario was the second most used payment method in Brazil, after bank credit card. In Argentina last year the payment method most used by over 50% online shoppers was credit card, while cash payments upon receipt and such services as Pago Facil and Rapi Pago also popular. In Mexico, the largest share of B2C E-Commerce sales is generated through credit card payment, while the other popular method is cash on delivery.

Cards account for the largest share of B2C E-Commerce transactions in Europe, while digital wallets are in second place. European Union legislators are working on improving the electronic payments regulations considering such issues as security. In Germany, invoice remains the leading payment method in online shopping, perceived as both the most secure and most convenient method. But other methods, such as credit card and digital wallets, are on the rise. In Austria, the leading method both in M-Commerce and B2C E-Commerce was credit card, while online shoppers in Switzerland most used invoice in online shopping and credit card in mobile shopping.

Online payment is the largest contributor to card payment growth in the UK, with annual growth of over 10%. The use of contactless cards in on the rise: in early 2014, the monthly value of payments by contactless cards in the UK exceeded a hundred GBP 100 million for the first time. In France, credit card remains the most preferred payment method in B2C E-Commerce, followed by PayPal and similar services. The year-on-year growth of online credit card payments in France slowed to a single-digit percentage in early 2014. Online card spending in Italy was growing year-on-year in every month of 2013, while in Spain, the two payment methods most used in online shopping in 2013 were Bank Credit Card and PayPal.

Cash on delivery remains the dominant payment method in online shopping in Russia, though use of credit cards and alternative payment is on the rise there. More than half of online shoppers prefer to pay on delivery with cash, but a growing number now reaching nearly a quarter of shoppers prefers to pay with card either online or upon delivery. Cash on delivery is also the most use method of payment in the Czech Republic. Online shoppers in Turkey predominately use a credit card for purchases. E-Commerce transaction with cards in Turkey reached a value of over EUR 10 billion. Also in Estonia B2C E-Commerce transactions with bank cards are significant, with cross-border transactions by far outweighing the domestic ones.

Digital wallets had a substantial share on total B2C E-Commerce payments in the Asia-Pacific region, though still behind credit and debit card. “Security“ and “Convenience of the Payment Method“ were among the top decision factors in B2C E-Commerce for online shoppers in the region.

In Japan, payments in B2C E-Commerce are dominated by prepayment with a credit card, followed by cash or card payments upon delivery in distant second. Over the counter payments for online purchases also are popular. Though NFC payments arrived in Japan in 2013, contactless payment with cards is likely to continue dominating this market segment. In South Korea, credit card payments are most common in E-Commerce, while regulations are strict about security of such payments. In distant second, the payment method following card payments was money transfer.

Mobile payments had a boom last year in China, with gross merchandise volume of third-party mobile payment growing by around 7-8 times, sparked by mobile shopping. Still more growth is expected as competition intensifies. The number of online payment users in China topped a quarter of a billion, while value of payments increased by half. Alipay accounted for the largest share of the online payments market in China in 2013, while Tenpay was in second place. Alipay was also the largest player on the Chinese third-party payment market, with its dominance even more evident than in online payments.

In other areas of Asia, the share of cash on delivery on B2C E-Commerce payments in India is forecasted to decrease from 2013 to 2016, though still account for around a half of the market as credit card and mobile payment increase there. In Indonesia, bank transfer was the most preferred payment method in B2C E-Commerce last year, followed by cash on delivery.

Cash on delivery remains the major payment method in the growing B2C E-Commerce in the Middle East and Africa. This method accounted for almost a half of E-Commerce transactions, while cards accounted for a third. As of 2013, credit card was the online payment method most used in B2C E-Commerce in South Africa, followed by bank transfer. The region’s leader in mobile payments, Kenya, generated a small double-digit number in EUR billion of mobile payments in 2013.