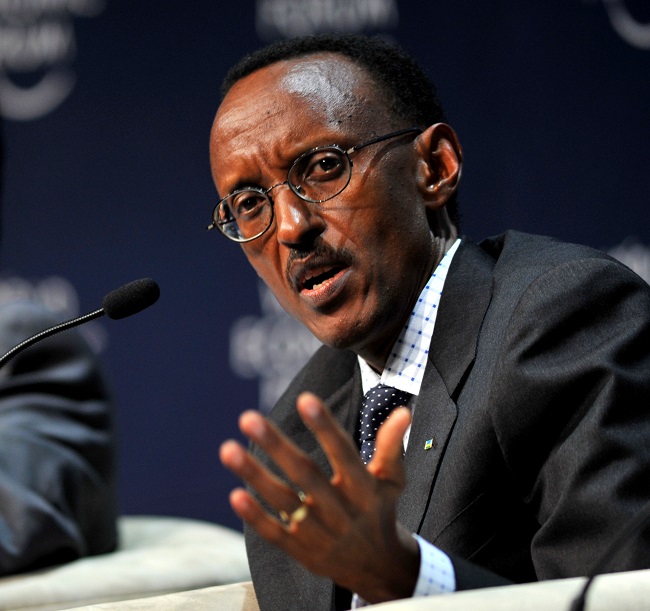 Rwanda’s President, Paul Kagame, has received a special recognition award at the African Banker Awards 2014 for Rwanda’s achievements, including spearheading the economic growth and transformation that the country has registered over the last 20 years.

The annual event, which took place on Wednesday, May 21 at the ongoing Annual Meetings of the African Development Bank, seeks to recognize the reforms, rapid modernization and expansion of banking and finance in Africa.

The awards also recognize those who have been instrumental in maintaining excellence and best practices, along with the outstanding achievements of individuals and companies that have changed the perception of Africa’s potential in domestic and international markets.

In his acceptance speech, President Kagame paid tribute to Rwandans who have sacrificed in many ways to put Rwanda where it is.

“Rwandans have made me the kind of leader that I am and given me the strength that has added up to taking our country forward.

“As we celebrate, we must think about doing more and sustaining what we have achieved.

“We look forward to continuing to work with you in pursuit of efforts that will make all of us better,” President Kagame said.

According to the organizers of the event, over the years the quantity and quality of entries has been increasing which attests to the readiness of African banks and financial institutions to showcase to the world the good work they have been doing.

In his remarks, Ben Yedder observed that the entries they have received this year show transformational transactions in critical development areas such as power, transport and agriculture.

“Substantial projects are now being structured and financed by African banks in collaboration with international partners.

“A decade ago, these deals would have been unimaginable in Sub-Saharan Africa – with the exception of South Africa,” Ben Yedder said, citing the recent dual listing of Seplat, an indigenous Nigerian oil and gas company, on both the Lagos and London primary exchanges.

He added that the exceptional role that banks are playing in driving innovation in Africa has been well documented, citing Kenya’s Equity Bank also an example.

Kenya’s Equity Bank shows the lead role banks are taking in coming up with new solutions to service the unbanked, creating new models of banking, he said.

However, while tremendous strides have been made by the industry as a whole, the industry is still being criticized for not contributing sufficiently to the ‘real’ economy and far too many people are still outside the formal banking structure.

“We are confident increased competition, as well as clear guidance and the right policy by regulators, will help channel capital to sectors and communities which have hitherto been excluded.

“We also hope the these awards help set new benchmarks as we continue to reward those who are working hard to create a more competitive and dynamic sector,” he said, adding that the financial services sector is an active participant in the economic growth of the African continent.

The list of big winners of the night included GTBank, Nigeria, which was crowned the African Bank of the Year, Bank of Kigali, Rwanda, emerged as the Best Bank in East Africa.

The ‘Icon of the Year’ Award for 2014 was given to the President and Chief Executive Officer of the Africa Finance Corporation (AFC), Andrew Alli.

The organizers said they chose Alli because of AFC’s contributions in infrastructure financing, the corporation’s role in helping to change the perception of Africa and its contribution to the establishment of best global practices on the continent.

Furthermore, the committee noted that the expansion of the AFC’s portfolio under Alli’s leadership, as well as the positive influence of new business processes and strong governance practices, were key factors in the corporation’s success.

“Africa’s reputation in finance today is in large part owed to the achievements of leaders like Andrew Alli, and the African Banker wholeheartedly acknowledges AFC’s ongoing contribution to the economic and social development of the continent,” it added.

In his remarks, Alli said the corporation had been able to leverage the expertise of its professionals in originating, executing and delivering on infrastructure mandates.

He noted that international capital would be fundamental in bridging the investment divide, adding that capital would “have nowhere to go if Africa does not focus on the development of bankable, sustainable projects.

“Our role is to accelerate the number of viable, bankable projects across the continent, creating the market for other forms of capital.

“We believe landmark transformational projects can yield equal financial and social dividends and our success to date demonstrates this.” he added.