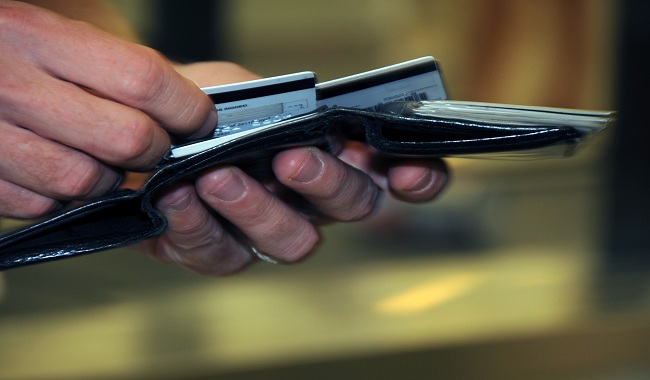 Consumer spending and ATM cash withdrawals decreased marginally in April, following a spike in withdrawal activity during the March holiday period, according to the latest statistics released by Spark ATM Systems.

The Spark Cash Index (SCI), which measures the average value of cash withdrawals across more than 2 000 Spark ATMs throughout the country, revealed a month-on-month drop of 0.73% in April 2013 to R461.65 per transaction. However, the SCI also revealed that year-on-year withdrawal activity increased by 6.01%.

According to Ryan Tzamtzis, Operations Manager of Spark ATM Systems, the locations that recorded the largest decreases were retail (2.41%), wholesale (1.57%) and agricultural (1.48%) sites. “The decline at the these sites illustrates that consumers spent less than they did in March, which saw an increase in cash withdrawals as a result of the Easter weekend, school holidays and other public holidays during the month.”

Ronel Oberholzer, Principal Economist: Sub-Saharan Economics at IHS Global Insight, says that the SCI drop is to be expected as it indicates a drawback from the previous month’s overspending. However, she says that a trend line through the annual figures shows a clear uptrend, which is encouraging for the economy going forward, as the figures in 2012 were not that low.

“Interestingly, if one draws a linear trend line through the monthly changes, one clearly sees that a gain in one month is often negated in the next month. The average growth percentage in cash withdrawals from 2012 until now is only about 0.16% which, although a positive figure, translates into the possible slowing of consumer disposable income,” she says.

Tzamtzis adds that, “Wage increases and more use of unsecured credit has put more cash in the consumer’s pocket, which is an indication of this slight upward trend.”

However, he says that although the uptrend is promising for the local economy, the country has seen that the consumers’ use of unsecured credit is starting to slow. “Optimism may also begin to fade as the consumer finds his use of credit reaching its ceiling and as a result South Africans are having to cut back on spending following the holiday period.”

Tzamtzis also says that growth in average cash withdrawals recorded in the SCI for 2013 is likely to remain in the lower digits for the remainder of the year as increased food, electricity, transport costs and debt repayments eat into expendable cash flows.

Of the nine regions, the Eastern Cape experienced the largest month-on-month withdrawal growth of 1.50%. The Eastern Cape also recorded the second highest year-on-year increase of 10.01%, indicating that the demand for convenient access to cash in the province is growing significantly.

Tzamtzis points to latest employment figures released by Statistics South Africa in its Quarterly Labour Force Survey, which reveals that the Eastern Cape experienced the biggest gain in employment numbers for the first quarter of 2013. “This employment growth corresponds with the growth in average cash withdrawals recorded in the SCI for the Eastern Cape region and could possibly have contributed to large year-on-year growth of average cash withdrawals too, as more people are earning a salary and are able to dispose of it as a result,” adds Tzamtzis.

Following the March Holiday period Gauteng and the Northern Cape also illustrated month-on-month growth of 0.51% and 0.78% respectively. “However, the Free State, KwaZulu-Natal, Limpopo, Mpumulanga, the North West and the Western Cape all showed a drop in month-on-month withdrawal values. Every region recorded a year-on-year increase, signifying that consumer spending has grown since April 2012.”

According to the April 2013 SCI statistics, wholesale locations recorded the highest average value of cash withdrawals for the third month in a row at R472.23. “Petrol stations followed closely behind with R472.04 with the April fuel price increase contributing to withdrawal growth at these locations, while retail followed third recording a location withdrawal value of R444.14.”

The highest month-on-month growth was recorded by leisure locations at 2.18%, which also recorded the second highest year-on-year increase of 8.70%. “This increase is possibly in line with long weekends and public holidays running into April, which would contribute to consumer spending at those sites,” Tzamtzis says.

Since the beginning of the year, farming locations have recorded the highest year-on-year growth with April recording a figure of 22.46%. “This indicates a strong link to recent wage increases in the agricultural sector where consumer cash withdrawals have grown considerably.”