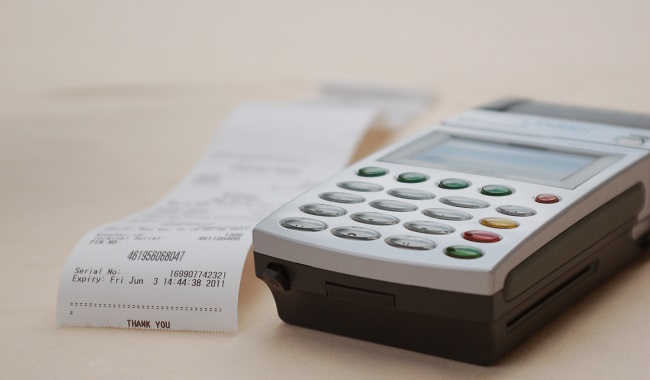 South African consumer confidence has improved for the second half of 2013 according to the latest MasterCard Index of Consumer Confidence.

With a score of 56.3, the Index currently describes local consumer confidence as ‘neutral-positive’. This is an increase of 8.3 points from the somewhat pessimistic score of 48 recorded six months ago.

Now in its tenth year in South Africa, the MasterCard Index of Consumer Confidence is the Asia/Pacific, Middle East and Africa (APMEA) region’s most comprehensive gauge of consumer confidence.

The Index is based on a forward-looking survey which measures consumer sentiment and expectations of the country’s performance using five economic indicators: Economy, Employment, Stock Market, Regular Income and Quality of Life. The Index score is calculated with zero as the most pessimistic, 100 as the most optimistic and 50 as neutral.

The most recent survey was conducted between April and May 2013, and involved 12,205 respondents aged 18 to 64 in 27 markets across the APMEA region. In Africa, the survey was conducted in Egypt, Kenya, Morocco, Nigeria and South Africa. The Index and its accompanying reports do not represent MasterCard’s financial performance.

“The latest Index shows increased optimism in four of the five areas that make up the overall consumer confidence score,” says Philip Panaino, Division President, South Africa, MasterCard. “South Africans are more optimistic than they were six months ago when consumer outlook was adversely influenced by political and economic uncertainty.”

Of the five indicators, the most significant shift occurred in respondents’ impressions of the Economy which rebounded from the pessimistic 40.8 recorded six months ago, to a score of 54.1 in the current Index.

“Firm growth in semi-durable expenditure by households, and increases in spend on services in the first quarter of 2013 have undoubtedly contributed to our economy being regarded with more optimism,” says Dr Martyn Davies, independent economist and CEO of Frontier Advisory. “There have also been positive movements in manufacturing output as well as retail sales.”

Employment saw the second largest improvement in the Index, receiving a neutral-positive score of 54.7 up from a somewhat pessimistic score of 42.3 received six months ago. Davies credits this change in optimism to fewer labour disputes and new job opportunities created in the months preceding the survey. According to Statistics South Africa, in Q2 2013 both the formal and informal sectors saw increases in employment, with gains concentrated in the construction, finance and other business services and trade industries.

Commenting on the improvement in sentiment around the Stock Market, from a score of 45.1 six months ago to a current score of 53.6, Davies says, “The positive outlook in the JSE’s expected performance is in line with trends on the FTSE/JSE Africa Index Series (Alsi), which has risen over the past 18 months, disregarding the challenging growth environment in the real economy.

“Although volatile in recent months, the Alsi reached a new all-time high in the last days of May 2013, up almost 50% from its low at the beginning of August 2011. This was underpinned by factors such as a weaker rand, rising international equity prices, and a general positive sentiment in global markets.”

Regular Income yielded the highest overall score at 68.9, despite decreasing slightly by 1.1 points compared to the last Index. Davies attributes the marginal decline to lower dividend declarations by the corporate sector in Q1 2013 compared to Q4 2012. Formal sector salary increases have moderated somewhat and ongoing inflationary pressures could be other factors contributing to this.
Measuring a consumer’s impression of their ability to maintain or improve on their living standard, Quality of Life tends to mirror the overall trend observed in the other four variables. In line with the net improvement throughout the Index, this indicator increased 8.6 points to a score of 50.5, also reflecting a neutral consumer outlook over the next few months.

A comparison of consumer confidence in South Africa’s three major cities reveals that respondents in Johannesburg, the economic hub of the country, are the most optimistic with a score of 69.9 up from 63.5 in the previous Index. Durban’s consumer sentiment was recorded at 55.3 increasing from 44.6 while of the three; Cape Town’s respondents show the lowest level of consumer confidence. With a score of 34.2, Cape Town’s score also shows the smallest growth in confidence off a score of 32.2 in the previous Index.

South Africa’s consumer confidence is the lowest on the continent, with the African average coming in at a very optimistic 78.1. Nigeria remains the most optimistic country (94.3), followed by Morocco (85.2) and Kenya (76.5).

“South Africa lags in the region in terms of GDP growth,” says Davies, citing data from the International Monetary Fund’s latest World Economic Outlook update. “Although the largest economy in Africa, South Africa’s economy is expected to grow just 2% in 2013, compared to the 5.1% growth forecast for sub-Saharan Africa.”

“While it is encouraging that consumer sentiment for the rest of the year has improved, South Africa’s consumer confidence is below the country’s historical average of 69.3 and its peak of 91.1 since the survey was first conducted at the beginning of 2004. Local labour challenges, currency weakness, depressed commodity markets, rapidly slowing emerging market growth outlooks, and sluggish domestic growth continue to temper South Africans’ expectations of the future,” concludes Panaino.