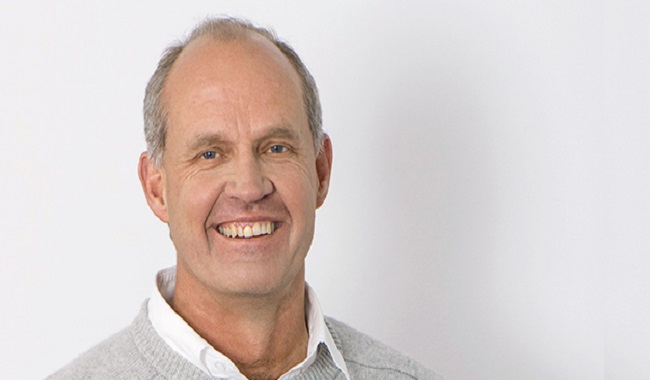 Gerrie Fourie, Capitec Bank’s new CEO, starts his year on a high-note after a strong performance in 2013, but with ambitious plans to take the bank to new heights.

Gerrie plans to focus on the continued delivery of friendly, simplified and pioneering banking, but with an even stronger focus on innovation to meet clients’ everyday needs: “Innovation is not just technology. Yes it is part of it, but it’s so much more. For instance, the fact that all our branches in malls are open on Sundays is an example of innovation in the clients’ interest; or, our side-by-side consulting screens that allow the client and the consultant to work off the same computer screen.”Gerrie, who stepped out of his position as Chief Operating Officer for 13 years to take over as CEO, is known internally as a person who “gets things done” with a can-do attitude – and maintains a work-life balance through a commitment to both work and fitness.

He takes over the retail bank with many milestones pioneered by his predecessor, Riaan Stassen. The bank was relatively unknown five years ago, but today has over 625 branches, almost half located in higher-income areas. Capitec also recently surpassed the 5-million client mark by signing on about 100 000 new clients per month. These gains were made during the financially turbulent global recession, while Gerrie was COO of the company and manifested the Capitec vision in the every-day operations of the bank.

“As incoming CEO, it will be important for me to sustain this positive growth by increasing our transactional footprint, improving our access convenience and growing our product offer,” Gerrie says.

“I have big shoes to fill. Riaan was a visionary and an entrepreneur. He wanted to change the retail banking game in the early 2000s and most of what has been established at Capitec Bank has created a foundation to do just that. His approach was to build a bank that was transparent, simple to use and affordable. I believe we achieved that during his tenure as CEO and have changed the face of banking for the future.”

Capitec’s strong performance over the past five years have been based on client growth and a fresh approach to banking – an approach that has seen traditional banks emulating the Capitec model. Innovations include the cashless branch concept,a biometric fingerprint identification system that increases its client’s security, paperless transactions in branches, opening on Sundays, and rolling out a branch experience that resembles a high-street retailer instead of a traditional bank.

“These were pioneering conceptsthat hadn’t been seen elsewhere in South Africa. My job will now be to build on these successes and to steer new and customer-centric innovations that will improve the lives of our clients”, says Gerrie.

Of Capitec’s 5 million clients, 58% are transactional account-holders, 19% have fixed-term savings accounts and 23% access its credit facilities. Client growth has been over 25% for its main bank (primary bank) clients.

“These statistics are significant for 2 reasons,” says Gerrie. “Firstly, it demonstrates that more and more higher-income South Africans are discovering Capitec and are using it as their primary bank. Secondly, it reflects how we have diversified our revenue streams and reduced our reliance on credit-based income.”

“Capitec doesn’t discriminate among different income levels. So whether a client earns R5 000 a month or R50 000, the product offering and service is the same. We believe this has set us apart in the market and well-informed South Africans have come to know us for our consistent value, where they know what they get and know what they pay.”

Hinting at what the future holds, Fourie says “More of the same, but, my tenure will have an increased focus on what is in the client’s best interest. Riaan has built an exceptional foundation. I need to build on this platform and drive the organisation to deliver even more value for each client. This will further differentiate us from other banks, offering greater convenience and attracting more primary bank clients”.