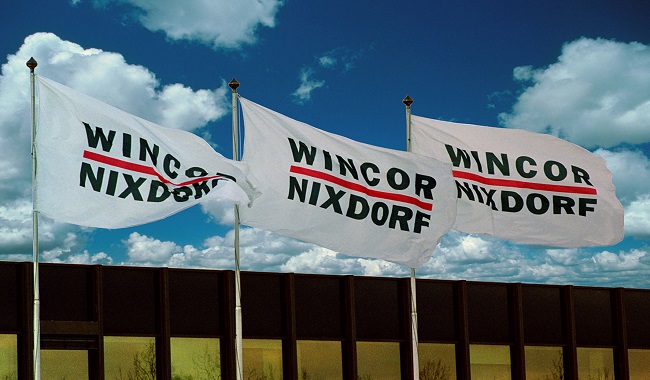 Wincor Nixdorf AG recorded growth of 8% in net sales and of 33% in operating profit (EBITA) during the first nine months of the current fiscal year 2012/2013. The provider of hard- and software for retail banks and retailers saw net sales for the Group rise to €1,841 million in the reporting period (previous year: €1,704 million). EBITA, including restructuring costs, increased to €92 million (€69 million), while profit for the period rose by 45% to €61 million (€42 million). “We are lifting our forecast for the full annual period of 2012/2013 and substantiating our expectations at a higher level,” said CEO & President Eckard Heidloff on presenting the company’s results. In this context, the company had taken into consideration that business in the fourth quarter of the fiscal year would be relatively subdued compared to the same period a year ago. Wincor Nixdorf now expects growth in net sales of 5% and an operating profit (EBITA) of €130 million (including restructuring costs) for fiscal year 2012/2013 as a whole.

Compared to its original outlook of 2% growth in net sales and EBITA of €120 million (including restructuring costs), the company had already presented the prospect of a more favorable business performance during fiscal 2012/2013 as part of an announcement made in mid-2013. Supported by a restructuring program initiated around two years ago, Wincor Nixdorf has seen considerable forward momentum from business in the emerging markets. This has helped to offset the continued weakness in investment spending witnessed in many of Europe’s industrialized countries, the core market in which the company operates. “We are back on track for growth, which is a testament to the success of our realignment program. What is more, we will continue to press ahead with our restructuring measures.” In this context, Heidloff cited the company’s efforts to establish its own Software Headquarters in Utrecht/Netherlands, which will commence operations at the beginning of the new fiscal year on October 1, 2013. In this case, the objective pursued by Wincor Nixdorf is to further extend its position in the software market for retail banks and retailers.

Driven in particular by growth in the emerging European markets, net sales in Europe (excluding Germany) rose by 11% in the first nine months of the fiscal year to €924 million (€830 million). This region contributed the largest part of total net sales for the Group at 50% (49%). In the third quarter of the fiscal year net sales in Europe (excluding Germany) increased by 8% to €293 million (€271 million).

Asia/Pacific/Africa saw net sales rise by 20% to €317 million in the first nine months of the current fiscal year (€264 million). Thus, the share contributed by the Asia/Pacific/Africa region to total net sales increased to 17% (16%). Net third-quarter sales in this region rose by 16% to €102 million (€88 million).

In U.S. dollars, the Americas recorded a 6% increase in net sales during the first nine months of the fiscal year. Translated into euros, this corresponded to growth of 7% to €188 million (€176 million). On this basis, the proportion of total net sales generated by the Americas was unchanged year on year at 10%. In the third quarter, consolidated net sales stood at €52 million (€55 million), which corresponds to a year-on-year decline of 5%.

Net sales attributable to the Hardware business rose by 13% year on year to €890 million (€787 million). In the Software/Services business, net sales were up 4% at €951 million (€917 million). The share of total net sales generated by the Hardware business rose to 48% in the period under review (46%). Correspondingly, the proportion of total net sales derived from Software/Services was 52% (54%).