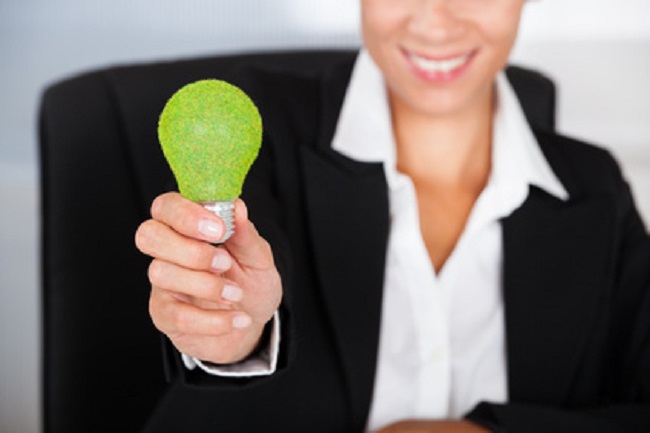 The grid-tied renewable energy system harnesses solar and wind energy and converts this to standard mains electricity which it feeds back onto the national electricity grid – thereby offsetting all the branch’s electricity consumption.

The Lansdowne Corner branch was transformed to run completely on renewable energy as part of Nedbank’s commitment to being a leading enabler of environmental sustainability in South Africa. So effective is the hybrid energy installation that, during some months, it actually generates more electrical power than it uses, effectively contributing power back onto the energy grid. At this rate the set-up costs for the bank will be fully recouped in only two years where the average branch would only achieve this in five years.

According to Ciko Thomas, Managing Executive of Consumer Banking for Nedbank Retail, the achievement of Africa’s first fully off-grid bank branch is the direct result of Nedbank’s commitment to applying innovative thinking where such technological advancements become catalysts towards a thriving green economy. In continuing to making banking more accessible to all in South Africa, this commitment also extends to delivering a choice of distinctive banking experiences and relevant products and services to meet the needs of clients at every stage of their lives.

“The off-grid hybrid installation offers proof of what can be achieved when organisations have a genuine vision for, and commitment to, contributing to a greener future for our country,” he explained, “and builds on the similar success we have achieved previously with the implementation of South Africa’s first partially wind-powered bank branch in Du Noon, also in the Western Cape, unveiled in 2010.”

According to James Carpy, the Technical Director of Kestrel Renewable Energy, which was contracted by Nedbank to undertake the installation, the hybrid grid-tied system is capable of supplying the branch’s full annual electricity demand of 70 000kWh, which can easily supply electricity for approximately six middle income households in SA. “This is a remarkable achievement,” he points out, “particularly since it ensures that the branch’s operations will now have little to no climate change impact, thanks to its vastly reduced carbon footprint.”

According to Carpy, this innovative renewable energy solution by Nedbank will effectively help to lower South Africa’s total CO2-eqt emissions by approximately 71 tonnes per year, which equates to 25 000 litres of petrol.

Preliminary self-assessments by Nedbank of the branch have confirmed the environmental sustainability benefits of the hybrid installation. Using the specially-developed Nedbank Retail Branch Fit-Out Analysis Tool, the assessment audited the construction management, energy and water consumption, carbon emissions, materials, as well as air quality, and compared these results to similar readings taken at other branches. The comparison showed that, after the hybrid energy installation, the branch achieved the highest ‘green’ rating according to the audit criteria.

Thomas says Lansdowne presents Nedbank with an ideal mechanism through which clients can still benefit from the branch fully operating even during times when there is no power in the area. Furthermore, this model is symbolic of how renewable energy can give rural communities access to resources where there are infrastructure constraints.”

In keeping with Nedbank’s integrated sustainability approach, the launch of the Lansdowne Corner renewable energy system was also accompanied by two community sustainability outreach projects that see Belmore Primary and York Primary schools in the surrounding area benefiting from vegetable tunnels, rainwater harvesting tanks, as well as sustainability workshops, empowering them to also embark on their own journeys.

“We believe that Nedbank Lansdowne Corner has set the standard for future ‘green’ banking branches in South Africa,” Thomas concludes, “particularly since it exemplifies the transformative potential that can be unlocked when an environmentally-friendly bank branch is accompanied by a firm commitment to ongoing community involvement and upliftment, while also ensuring more people have access to empowering banking solutions that can change lives and build better futures for all.”