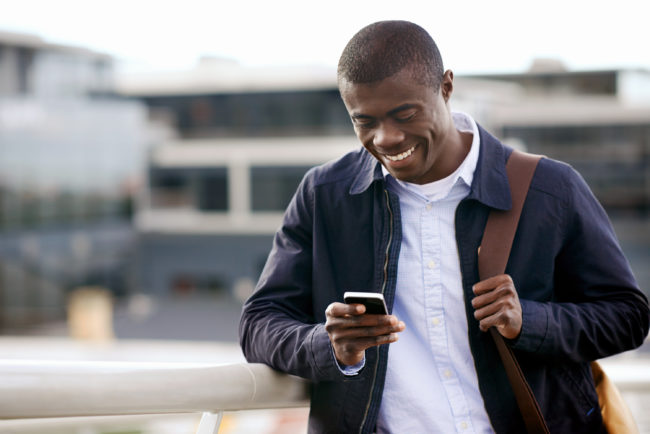 The online banking product which can be accessed on Facebook Messenger and WhatsApp will allow customers to make use of their social media accounts, to open account, transfer money from one account to another, get account statement, buy airtime, get customer service assistance, load their UBA Pre-paid Card and whole lot more.

UBA’s Leo platform is a highly advanced development for a financial institution in Africa, particularly in Liberia, which aims to simplify the way customers transact. The bank says it is something that has become necessary in today’s fast-paced world with demands for quick-time transactions and responses.

UBA Liberia Managing Director and Chief Executive Officer, Olalekan Balogun, who introduced the online banking platform said, the aim of the product is to create an easy convenient and easy kind of banking in the 21st century thereby, making banking easier for those who do not have the time to stand in the banking hall and always on the go.

Balogun expressed thanks and appreciation to the students and the rest of the audience who turned out for the launch of the product on the campus of the African Methodist Episcopal University. He further encouraged them to be a part of the digital age in banking that is being introduced by UBA.

Earlier, Melody Mezay Ketter, Head of Marketing and Corporate Communications at UBA Liberia, spoke on the importance of banking, informing the students of the many digital products UBA offers.

Mrs. Ketter said LEO is one of the many banking products being introduced by UBA, to encourage financial inclusion as part of the Central Bank of Liberia’s vision.

David Ojo, UBA Head of Digital Banking Sales, who made a step by step description about how to access the product, further give some statistics which according to him, birth the idea of the digital product.

He said, there are 2.2 million active users monthly on social media; Facebook, while 300,000 bots (an autonomous program on a network, especially the Internet, that can interact with computer systems or users) on Face Book.

He furthered that Facebook has 200 million subscribers in Africa, noting that 25,000 active Facebook subscribers are currently in Liberia.

“The idea of the Digital Product which started in 2017, is finally being introduced in Liberia” Ojo said, concluding his presentation.

To access the Artificial Intelligence LEO, existing and new customers should type UBA Chat Banking on Facebook Messenger, or send a WhatsApp Chat to +231777684919 and begin chatting.