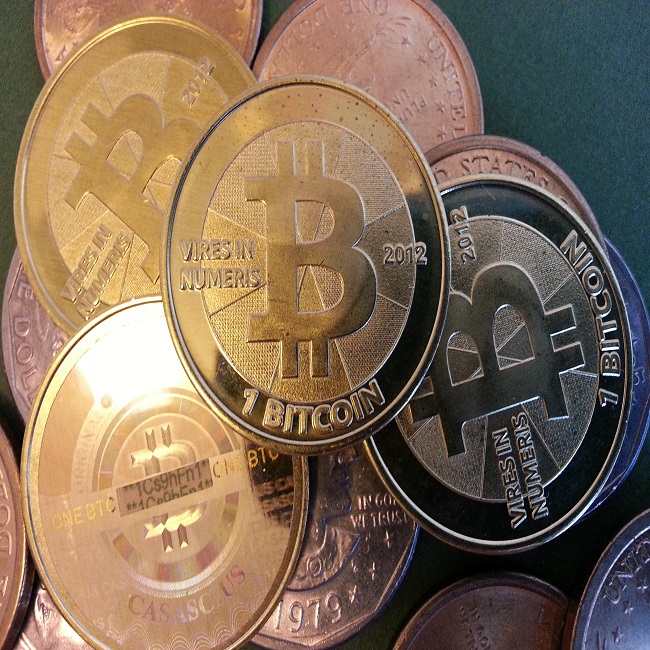 At a recent 3 day Commonwealth Virtual Currencies Working Group conference in London, Kenya was represented by Bitpesa, a digital currency financial service firm based in Nairobi. In the same week, Barclays UK announced it will accept bitcoin -a virtual currency – for charity donations. Late this week, US regulator CFTC officially recognized bitcoin as a commodity like gold and crude oil. In case you missed it, Bitcoin and virtual currencies are making headway into mainstream. For a long time now, East Africa has been set back by onerous international payment methods. Not for much longer, with bitcoin and open source payment protocols, sending and receiving money from anywhere in the world is now easy and fast as email.

There is no doubt the internet has radically boosted global commerce. The postal service vs electronic mail analogy, is a great example of the tremendous value resulting from online services. One crucial service however, was left out of this transition – online global money transfer. Unlike most internet services, transferring money has not changed much since the 70s.

“The core infrastructure that enables the global transfer of value has remained relatively unchanged since the 1970s.”
– Chris Larsen, Ripple on Why we need a common standard for moving e-money

Right now, I can make an instant skype call to Pennsylvania for a surreal face to face conversation with my friend Daniel. Conversely, it takes anywhere from 2 to 8 days when I send him 8,000 KES, at a cost of high fees depending on my service provider. Why does this barrier still bedevil payments in a modern economy where everything is on demand ?

You see, there is no common standard for moving electronic money globally like we have for online video or email. Because no payment protocol was embedded in the original internet design, all the payment services we use today are clunky workarounds; patches that attempt to make up for this design flaw at steep prices to end users, especially developing countries.

For instance, US dollar transfers into local currency via PayPal take 5-8 days at 7%. For young Kenyan freelancers looking for an instant PayPal to mpesa transfer, it shoots up to 17% in fees via hack services. Remittances into East Africa also suffer under the dominance of a handful of international money transfer operators (Western Union and MoneyGram) and banks. This, according to a 2014 ODI report, results in high costs, opaque fee structures and friction of money transfer. It costs over 9% to send $ 200 into Africa against a G8 pledge to lower it to 5%. It gets worse on intra-African corridors, where fees are as high as 24% from Tanzania to Kenya.

Even the largest banks in East Africa are victims of an antiquated system. Despite their size and reputation, they cannot transfer funds directly to an overseas counter-party. Instead, they are obliged to rely on a network of multinational banks, known as correspondent banking. Export earnings move from one institution to the next ( a chain of as many as 4 intermediary banks ) incurring correspondent fees, while taking days to process. What’s more, local banks are locked out of this exclusive club of multinational banks.

The Future of Global money transfer

Virtual currency technology, such as Bitcoin and Ripple, fix the original design flaw. Using Bitcoin, Kenyan diaspora can today send micro-payments below 2,000 KES or larger sums of up to 50, 000 KES in just under 2 minutes to a recipient’s mobile money account in East Africa at a flat 3%. As a freelance contributor, I now strictly ask to be paid in Bitcoin, and use a local service BitPesa to convert my XBT into local currency – mpesa. With the same ease, I can make direct payments using this crypto currency to friends and family abroad, and a range of online commerce stores anywhere in the world.

Ripple Labs, of XRP cryptocurrency, is connecting banks in a global consensus payment network regardless of location, size or bias whatsoever. Ripple takes 5 seconds, cuts out expensive middlemen and opens up international money transfer operations. This is the future, the internet of value, where money moves as fast as data.

Two countries in particular, the UK and Canada are taking appropriate steps to adopt this innovation. They recognize that for the first time in history, we have universal, open source payment rails . Africa can bypass antiquated infrastructure, like it did with cellular networks vs telephone landlines. East Africa’s regulators have a responsibility to understand the risks and benefits of virtual currencies before enacting legal frameworks.